via Instagram http://ift.tt/1iRPvvo
“Later he became conscious of his damaged wings..learned to think and could not fly anymore..he could only remember when it had been effortless” Beautiful quote by Hemingway to describe his close friend of the lost generation, the creator of the Jazz Age, his Fitzgerald..
and to describe all the situations in which we are rarely awarded with the natural beauty of flow, but penalized by flaw.. flaw or any occurrence in the chain of events that actually had the mission to bring you to where you are, the perfect stage of  “now”, if you’re lucky- to that magical flow, that perfect pattern. sometimes the same flaw that  creates it and makes you lose it right away.  sometimes there is a very thin line for transition in between, like a tide,  as little as the small letter change between flow and the flaw.

Also, for the curious minds!:) If you are triggered as a curious like me to wonder how the natural pattern on a butterfly’s wing is made, here is a New York Times article on How Nature Makes a Butterfly’s Wing!

“After position and wing shape comes the imposition of pattern.. Though each segment may bear a different pattern, all can be considered variants of the same basic theme…” from the article in New York Times, by Nicholas Wade 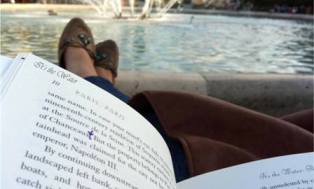 © dilafrez dilavie.wordpress.com 2013 Unauthorized use and/or duplication of this material without express and written permission from this blog’s author and/or owner is strictly prohibited. Excerpts and links may be used, provided that full and clear credit is given to dilavie.wordpress.com with appropriate and specific direction to the original content.